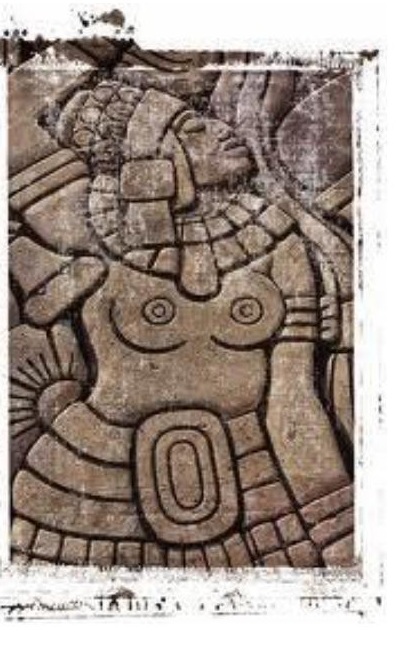 By Manzanillo Sun Writer from the July 2013 Edition

Father Juan de Cordova cataloged the early myths of Mexico as I stated in the first writing in this series. As stated then, he had everything cross checked and verified for accuracy so there is little left to the modern imagination as to just what was believed and practiced by the Nahua speaking peoples. Within the translation there is a conception of the beginning of time or a creation story which has a small dent in it probably due to the duality of the deities.

There are a people related to the Mixtecs. The Zapotec and their ‘creation myth’ is similar to that of the Mixtecs.

Their chief God was called Cozaana as was the maker of all beasts. Another God named Huichaana was the creator of men and fishes. Thus we have two separate creations for men and animals. One, today, would assume that Cozaana would apply to the sun as the creator of all beasts, but, strangely enough, is alluded to in Cordova’s dictionary as “procreatrix,” whilst he is undoubtedly a male diety.

Huichaana, the creator of men and fishes, is, on the other hand, alluded to as “water,” or “the element of water, and “goddess (not god, but (from the duality) the of generation).” Thus, she represents the woman or female part within the Zapotec creative agency.

Within the Mixtec creation-myth the actual creator and the first pair of tribal gods, who were also considered the progenitors of animals-to the savage equal inhabitants of

the world with himself. They were also the light and dark

of the legend responsible for day and night. Nine-Snake GODZILLA’S “Hawaiian” and Nine-Cave are the same two gods who later became

Quetzalcoatl and Xolotl. The second is a fabricating of the Zapotec deity and were regarded as twins. In some ways Quetzalcoatl was looked upon as a creator, and in the Mexican calendar followed the Father and Mother, or original sexual deities, being placed In the second section as the creator of the world and man.

I have found that there are many tales of a horrendous flood taking place. Some like the great flood of North America’s Missoula Lake about 13,000 years ago happened before anyone was around to write about them. It flooded eastern Oregon and Washington State for about 55 years. Others were written about and one of these made the Bible.

The different Nahua speaking tribes tell of several through time. One of which the Abbé Brasseur de Bourbourg has translated one from the Codex Chimalpopoca, a work in Nahuatl dating from the latter part of the sixteenth century. It recounts the doings of the Mexican Noah and his wife as follows:

“And this year was that of Ce-calli, and on the first day all was lost. The mountain itself was submerged in the water, and the water remained tranquil for fifty-two springs.

“Now toward the close of the year Titlacahuan had forewarned the man named Nata and his wife Nena, saying, ‘Make no more pulque, but straightway hollow out a large cypress, and enter it when in the month Tozoztli the water shall approach the sky.’ They entered it, and when Titlacahuan had closed the door he said, ‘Thou shalt eat but a single ear of maize) and thy wife but one also.’

“As soon as they had finished eating, they went forth, and the water was tranquil; for the log did not move anymore; and opening it they saw many fish.

“Then they built a fire, rubbing together pieces of wood, and they roasted fish. The gods Citallinicue and Citallatonac, looking below, exclaimed, ‘Divine Lord, what means that fire below? Why do they thus smoke the heavens?’

“Straightway descended Titlacahuan-Tezcatlipoca, and commenced to scold, saying, ‘What is this fire doing here?’ And seizing the fishes he molded their hinder parts and changed their heads, and they were at once transformed into dogs.”

In the Good ‘ole Summer Time