By Jim Evans from the January 2010 Edition

It was late spring 2008 and we, my friend chicken Leo and I were off on an adventure, two old coots, one nearing seventy, the other pushing seventy-five on a road trip that would cover over 1000 miles south from Manzanillo to Puerto Angel in Oaxaca.

We discussed the relative merits of various methods of travel and considered several routes, finally opting to drive down route 200 which roughly follows the coast of Central and Southern Mexico. Once selected our mode of transport, and route became the topic of endless conversation, mostly well meaning and advisory in nature, but at other times we were warned ad nauseum by friends, strangers and self proclaimed experts that the road was treacherous and unsafe. If you believe various pundits from the snowbird/ex-pat community larcenous ancestors of the infamous Pancho Villa lurked behind every bush. Drug dealers lie in wait with picking their teeth with Bowie knives wrested from the cold dead fingers of the Texans slaughtered in the Alamo by their fierce murderous ancestors.

I packed a suitcase and brought my laptop etc, Leo showed up with various plastic bags stuffed to capacity with his travel stuff… some he tossed in the back , the rest were strewn around his feet for ready access. Oranges, apples and a couple of bottles of water soon rolled around his ankles as we hurtled down the highway to the strains of Creedence Clearwater and Fleetwood Mac.

The road after Tecoman quickly rose into the mountains of Michoacan, initially it was a bit dicey but fortunately we were early enough to avoid most of the trucks and buses which can make driving two lane roads in Mexico a serious adventure. I will admit that I drive a bit faster than most, and certainly much more briskly than my compadre, Leo, who always, it seems , halves the speed limit and subtracts 10. After about 30 minutes of mountains, bushes and tension we rounded a particularly sharp bend and were treated to a breathtaking view of the ocean a couple thousand feet below. “Look at that view, Leo” I exclaimed. He mumbled something incoherent, it was then that I noticed his white knuckled fingers grasping the chicken handle and his eyes riveted on the road ahead.. he was braking with every turn, his breath was labored while the fruit and water bottles bounced higher around his feet which seemed to be pushing through the floorboards attempting to apply the brakes and save us from impending doom.

Several hours later we decided to find lodging for the night and struck out towards the ocean. After several failed attempts to find anything remotely resembling a hotel we stumbled on a small beachside inn on the beach somewhere southeast of Zihuateneo…our apartment, was up a flight of stairs and had a wonderful view of a magnificent Mexican sunset… I proceeded to unload part of my suitcase.. Leo on the other hand, was busy with carting in various plastic bags which held his treasures…

I decided to take a walk on the beach and returned a bit later to find various items strewn around the living room and on the table, amongst the apples, bananas, and water bottles were, a slightly

rumpled pair of jockey shorts, a camera, an open bag of laundry soap, and what turned out to be his only pair of socks.. black socks. Leo was busy filling the kitchen sink with water he added some laundry soap and proceeded to wash his jockey shorts, black socks and wife beater. (sleveless undershirt) … once finished he set about hanging his personals from various light fixtures, curtain rods and chair backs…Dressed in only a towel he seemed to be enjoying himself immensely…whistling all the while… 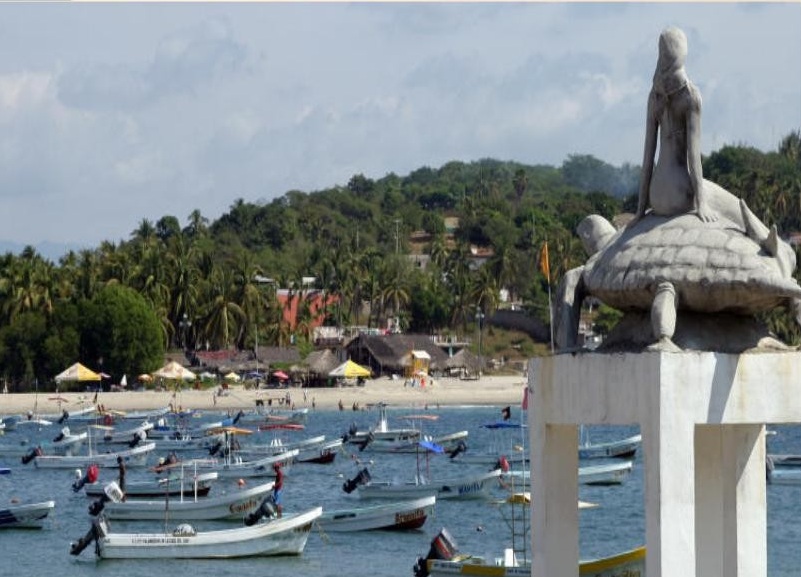 I guess that I should explain that I really do like and respect Leo, and over the years I have known him he has been the source of some great stories and some belly wrenching laughter, but, relatively speaking, I am the Felix to his Oscar. We irritate each other daily. Not too long ago he decided that since he was drinking fresh carrot juice everyday he no longer needed his reading glasses which still provides some great laughs amongst his friends…

Evidently, as related by another friend over lunch, the carrot juice has some unexpected beneficial side effects for Leo.. It turns out that all his liver spots have disappeared, that’s right carrot juice causes liver spots to vanish..(I guess if you can no longer see them they don’t exist! )There was one deleterious effect however, the very same magic juice causes him to dislike road maps…as evidenced during a particularly intense moment when we were lost in Acapulco, I asked him to check the map to see where we were, he replied, “ I don’t Like reading maps”. Of course I suggested he use his glasses, to which he remarked “ I don’t need glasses anymore since I started drinking fresh Carrot juice”… I was sorely tempted to ask about the liver spots, but I was ready to burst..My inner merriment was bubbling over… 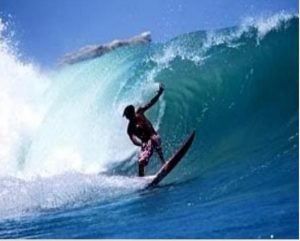 Leo knows of my fear of Scorpions, and I am sure what transpired that first night was his way of poking at me a little for driving too fast and any number of other impoliteness’s on my part. My room while relatively clean did seem to have some black spots on the

ceiling, and they seemed to be moving.. So, I called Leo, and asked, “what are those?” of course his reply was “probably scorpions”. I spent the night with the light on staring at the ceiling daring not to sleep. I had visions of these deadly creatures dropping … The next morning not much was said, but I detected a twinkle in his eye as we packed gathered our stuff.

It was to be several days later, on our return trip that I was to exact my revenge… We had just spent the night in a very nice spot in Puerto Escondido and were having breakfast at one of the many sidewalk cafes that line the Malecon opposite one of the finest surfing beaches in the world, when a older Ford Crown Victoria pulled up across the street and parked. Well, it didn’t exactly park.. It attempted to park, bouncing off the curb several times and ending up hanging askew next to the curb…. The doors opened and four huge sturdy muscled locals unfolded from within… We took this in as they purposely walked across the street and entered the restaurant behind us… as they passed Leo tensed and put his head down obviously bothered by their presence.. As I said they were big, muscled and something else… menacing. I said “ I’ve seen guys like this all over the world, these guys are professionals.. This could get ugly”. “ What do we do” Leo asked ? … “ Well“, I said, “ if something happens, get under the table fast, that’s what we always did in Saigon” ( note: I was in Saigon, and did get shot at.. But it was at the airport while waiting to unload the airplane, I was never a combatant, but Leo didn’t know this) His eyes wide with tension, “ Really ?”, he said. 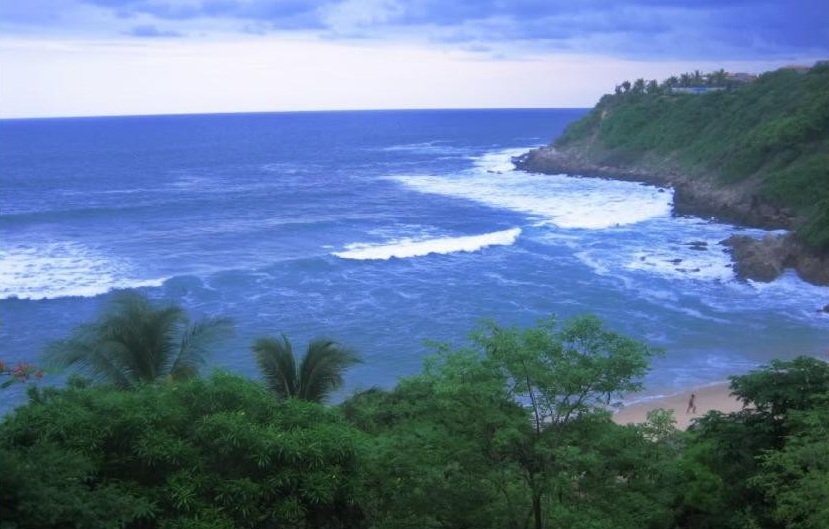 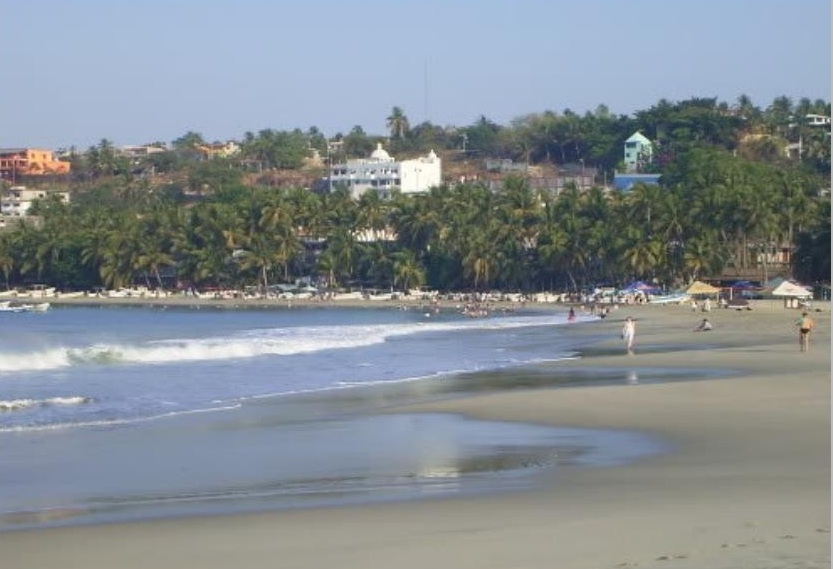