By Kirby Vickery from the October 2017 Edition

Almost every people have, and then leave behind, their mythological stories. Some are fanciful, some are fun, and some are educational. Most tell a story of why something is the way it is or was in the time with those people that had the myth. To me, it’s a little scary when there are similar myths from the New World and Mesoamerica, then jumping the mythological line into the historical one which is akin to the history of Western Man. Sometimes the characters change with time as did Beowulf from old English/Northern Celtic Mythology.

Original tales handed down from one generation to another before the arrival of the Holy Roman Empire have him eating people and butchering whole villages for the sheer love of doing so. After a few Catholic priests finished writing down these folk lore tales and “Preserving him in Literature” he developed a strong case of comitatus or early chivalry and lost half his blood-thirstiness. The Aztecs had a not-so-nice god who was and is not a nice individual but they still revered him. If you take all the myths from the Aztec, this group of stories about Huitzilopochtli is the “R” rated myths for violence.

One of the prime reasons Quetzalcoatl ran away from everything and disappeared was that he was so embarrassed by the fact that he was duped into sleeping with his sister. The Aztec people believed he would come back to them one day and that’s what led to the confusion when Hernán Cortés showed up. Apparently there was a physical similarity and his placement and timing fit right into the legend although some historians today will argue that the Aztec empire was just handed over to him.

My story today isn’t about Quetzalcoatl but about the god that set that all up. He was the 401st child of earth goddess Coatlicue. It seems that mom had let it slip that she was fond of a ball of feathers and her pregnancy with Huitzilopochtli was a result. While in the womb, he learned of his brothers and sis-ters plot to do mom, the earth goddess, in and he just couldn’t stand around and let that happen. I mean this boy came out of the womb all stressed out and ready for battle, armor, and all. He was even armed with ‘The Flaming Snake-Sword of Death.’ He beheaded his sister and held up her severed head just so she could watch him tear apart her bloody body. After that he went after his 400 brothers as they headed off into the heavens to hide. Afterward, he tossed his sister’s head to the sky – a sis-ter moon to all the stars in the sky.

From another reading/translation we learn that the Aztec peo-ple were being led by Huitzilopochtli in their attempt to find a home. Tensions within the wandering tribe rose to a breaking point, however, and when Huitzilopochtli’s sister Malinalxochitl made things awkward by practicing witchcraft aimed at him and his followers, he started to give commands to eliminate the problem. Under Huitzilopochtli’s direction, the Aztec tribe abandoned Malinalxochitl and her followers during the night. When they left, they were very careful to cover their trail so they couldn’t be tracked, thus leaving Malinalxochitl and her followers lost and alone.

Years later, Malinalxochitl’s son, Copil, went looking for Huitzi-pochtli to avenge his mother’s humiliation and grief for being abandoned all those years earlier. After he finally found them, he challenged Huitzilopochtli to a fight to the death. Copil should have taken a moment to think about fighting his uncle. Huitzilopochtli was a great warrior and could not be defeated. Thus, when he reached his nephew, he ripped the heart from him while it was still beating right out of his chest and threw it far out into a lake where it landed on an island. A cactus instantly grew up on the boy’s pumped out-blood. On the same day, an eagle with a serpent in its mouth flew in and perched atop the cactus. The great Aztec city of Tenochtitlan was built on this, the site of Copil’s spilled blood, the cactus, and the ser-pentmunching eagle.

[It isn’t as though that Huitzilopochtli just had it in for his family. He, even in his all power, was not a nice god. He picked on everyone. Most bad or sad tales concerning this god or that from any number of mythologies would come into being and be repeated mostly to children for educational purposes. “Pay attention son! If you do what this god did, then you will suffer as this god did.” (One could almost hope it applied in business or politics as well.) This Aztec god was a not very nice deity. I think the myth that really points that out is the deception he pulled on a neighboring king. I know I’ve told this story before. But it’s appropriate that it is re-told here with the rest of the mythologies about Huitzilopochtli.]

He offered to marry the king’s daughter so that she would be-come a goddess. Achitometl could not believe his good fortune and enthusiastically accepted. She and her entourage were immediately sent off into the Aztec camp where Huitzilopochtli sacrificed her and had her flayed so one of his priests could wear her skin.

Then the Aztecs invited Achitometl to what he thought was going to be a wedding. However, when he saw her skin draped over a priest he ran from the horrible scene in grief, and ordered his troops to attack the Aztecs. They, in turn, fled the city. 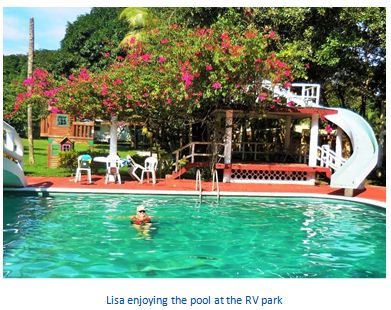